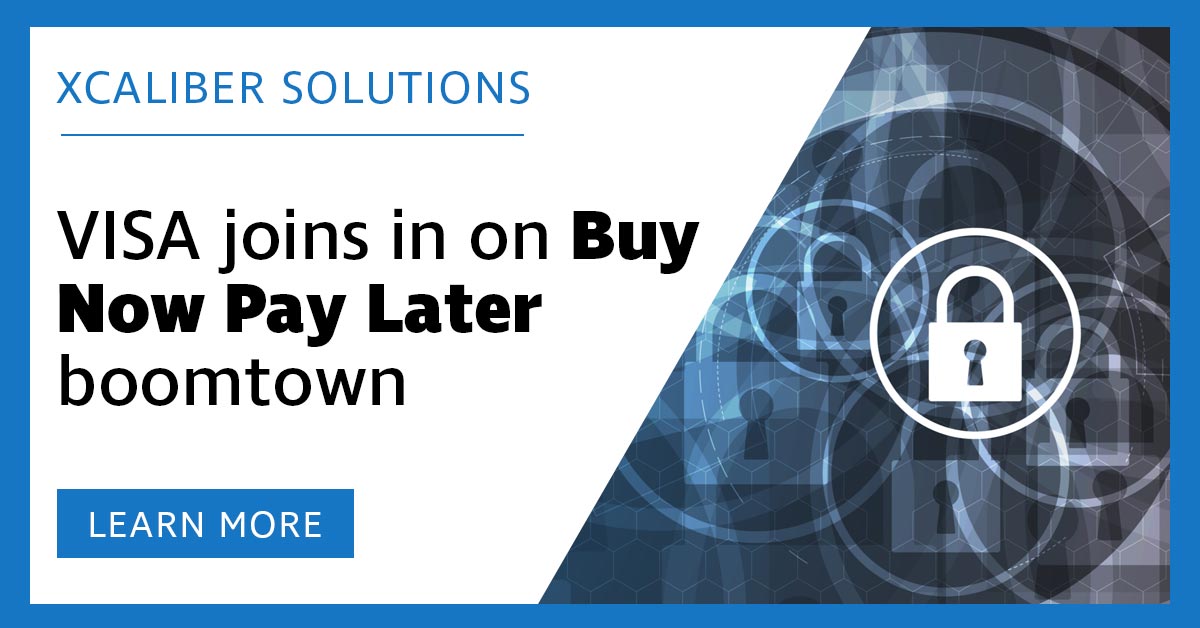 The Covid-19 pandemic and subsequent high inflation have meant a tough cash squeeze for many customers.

So it’s not surprising that Buy Now Pay Later has recently expanded dramatically.

Of course, it’s always been possible for many consumers to use credit cards in this way.

But the advantage of new BNPL offers is that they’re open to people who may for some reason be unable to access traditional sources of credit. Typically, they also involve no interest charges to the customer.

BNPL providers instead make their money by charging merchants a levy on each transaction. The compensating advantage for merchants is that they are enabled to access a large pool of customers who would otherwise be unable to afford their goods and services.

The main card networks such as Visa and Mastercard have not been slow to realize the commercial potential of BNPL in bringing these customers to market.

But Visa’s BNPL offer, to be called Visa Installments, is somewhat different from the existing models described above.

How Visa Installments Will Work

Most BNPL schemes are currently operated by merchants themselves, such as  Amazon, or by one of the rapidly increasing number of third-party apps and service providers such as Affirm, Sezzle, and Afterpay

But under Visa Installments, customers of participating issuing banks will be able to use BNPL with their existing Visa payment cards.

The system works through a highly flexible “application programming interface” (API) that enables customers to set up a BNPL plan prior to the making of a purchase, at the time of checkout, or even subsequent to the payment of the full purchase price.

For card-issuing banks and financial institutions, Visa Installments will allow them to set specific terms of the particular BNPL plans they want to offer, which might include the repayment period, number of installments, and the fees and interest (if any) that will be charged.

Issuers will also be able to determine which customers and merchants they wish to allow to participate in the scheme.

Another interesting feature of the API is that it will allow participating merchants and their acquiring banks to check customers’ eligibility and to advertise/inform customers of the different plan options available to them in respect of particular purchases.

What Merchants Need to Know

That being said, the key difference between Visa Installments and other BNPL offers is that there’s no need for merchants to be directly involved at all.

Whereas until now, merchants have either been administering their own schemes or using a third-party app, Visa Installments allows for repayment terms and conditions to be arranged directly between the customer and their bank – the merchant being paid in full at the time of the purchase.

This may sound like good news – and it is – particularly in view of the number of Visa payment cards in use.

But there is a significant downside that merchants need to be aware of, which is that because payment cards are being used, these transactions are as vulnerable to chargebacks as any other such purchase.

A thorough analysis of chargeback data to determine how many are being generated by Visa Installments transactions – and the impact this figure might have on the increased revenues produced by the scheme – will therefore be an important protection for merchants going forward.

Talk to the Experts

You may well think that a new source of potential chargebacks is just about the last thing your business needs.

But the problem should be more than offset by the increased revenues likely to be generated by Visa Installments – provided of course that you have the right chargeback prevention measures in place.

So for up-to-date information on how to implement a comprehensive chargeback solution, contact our expert team here.

Jeramy Gordon January 29, 2022
Comments Disabled
Long-Term Digital Fraud Protection is a Must for Your Business – Here’s Why
Maximize Your Profitability with Subscription Billing